It is home to ancient glacial landscapes, life-sustaining water catchments. It is rich in alpine wildflowers and native animals found nowhere else on Earth. A fragile landscape, it is particularly vulnerable to the hard hooves of feral horses.

Part of the Australian Alps

Kosciuszko adjoins Namadgi National Park in the Australian Capital Territory and the Alpine National Park in Victoria. These three parks form the majority of the National Heritage-listed Australian Alps – a system of rugged mountain landscapes shaped by their higher elevation, climate, soils, native plants and animals and in some areas, ancient glaciers. It is the only region on the Australian mainland in which deep snow falls annually.

Kosciuszko is home to some of Australia’s most threatened native animals, including the critically endangered northern and southern corroboree frogs which inhabit soft, mossy, bogs, the endangered mountain pygmy possum, the vulnerable broad-toothed mouse and the alpine she-oak skink, which can only be found within small pockets of the park. Not to mention, incredibly rare alpine daisies and orchids that are found nowhere else in the world.

The headwaters of mighty Murray, Murrumbidgee and Snowy rivers start in Kosciuszko National Park. Water that flows from Kosciuszko’s mountain springs delivers almost a third of the Murray Darling Basin’s annual water yield (Ref 1). The high water-holding capacity of snow and alpine soils and vegetation, allows the slow discharge of water to keep streams flowing throughout the year.

The area now known as Kosciuszko National Park was the traditional home of two Aboriginal groups – the Walgalu people and the Ngarigo people (Ref 2). In summer, Indigenous people from many areas travelled to the alpine areas to feast on bogong moths and to gather peacefully for trade, ceremony, marriages, social events and to settle differences (Ref 3). The National Park contains many sites of significance and artefacts.

After decades of human exploitation, 1944 saw the creation of ‘Kosciusko’ State Park to permanently protect 526,000 hectares for water catchments, recreation and nature conservation. However, the traditional practice of seasonal cattle grazing continued in the park causing immense soil erosion until 1967 when Kosciuszko National Park was declared under the new National Parks and Wildlife Act and cattle grazing was banned. Kosciuszko now incorporates 670,000 hectares and is NSW’s largest National Park.

In the 21st century, protected areas have never been more important. The conservation of Kosciuszko into the future faces many management challenges, including climate change, increasing tourism, infrastructure development, weeds and pest animals.

It had been a successful day walk with the “Barrier Rangers”, Broken Hill’s long established bushwalking club. We were hosting dinner at our home...
Read more 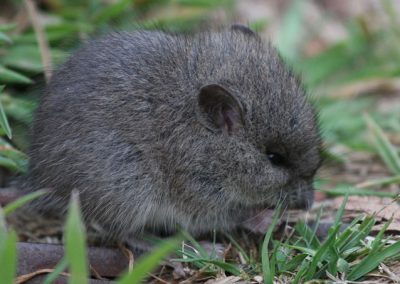 Reclaim Kosci represents a broad consortium of individuals and organisations that love Kosciuszko National Park and seek to protect it from the impacts of feral horses.