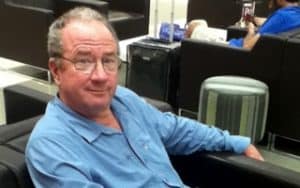 I worked as a NSW National Parks and Wildlife Service Ranger from 1974 to 2014. With Paul Hardey, I monitored brumby running within Kosciuszko National Park from 1979 to 1989.

I witnessed horrific cases of animal cruelty in the so-called heritage sport of brumby running or ‘buck running’. This activity involved running a mob of wild horses to exhaustion causing the animals to collapse, break legs or disembowel themselves by staking. Many of the injured brumbies that I found and euthanised had suffered days, weeks or months from these injuries. I also had to euthanise horses with massive neck injuries due to failed neck-noosing or roping capture attempts. Brumbies also needed to be euthanised because they were afflicted by debilitating parasite load, or had fly-blown injuries from fights between stallions.

There have been reports in the media recently of brumbies suffering slow deaths from starvation. This is not a new thing. When I was a ranger, I had to euthanise many starving and dehydrated horses. Although drought was a factor, the main cause was entrapment by early or late snow falls. This suffering was hidden from most park visitors, who do not travel into the more remote parts of the park during the snow season.

There is another significant issue that is rarely mentioned in this debate. In my view, the existing feral horse population in the NSW Alps, like many other feral animal species, provides an uncontained disease vector for dangerous equine or other livestock related diseases that may enter Australia. The Kosciuszko Wild Horse Heritage Act ensures that a feral and uncontrollable equine related disease vector remains in NSW. This could have catastrophic consequences for the nation’s horse industry.

Before I started work as a ranger in KNP, the NSW Soil Conservation Service undertook successful restoration and revegetation projects within the alpine areas of KNP. Their aim was to stabilise the devastating erosion and vegetation loss caused by a century of cattle grazing in the NSW Alps. Fortunately, following the efforts of a number of dedicated scientists (Costin, Wimbush et al) and due to concerns about water quality for the Snowy Scheme, grazing within KNP ceased in 1972.

Unfortunately, the Kosciuszko Wild Horse Heritage Act will not only undo decades of work undertaken by the Soil Conservation Service and scientists, it will destroy the environmental integrity of KNP by turning the Park into a horse paddock. The Bill essentially places thousands of years of natural heritage second to the nostalgia felt towards a destructive introduced animal species located in one of the world’s most fragile alpine environments. The Bill ignores the Government’s own scientists who have declared the presence of feral horses in KNP to be a ‘threatening process’. In addition it will significantly degrade the water catchment quality for three Australian states and see the continuation of animal suffering.

Although I found it distressing to deal with the suffering horses, I also have many happy memories from my time as a ranger. My career spanned a golden-era when the NPWS was considered to be one of the top five conservation agencies in the world by the International Union for the Conservation of Nature.

Since 2008, however, staff restructuring and over $100m in budget cuts by the present NSW Coalition Government have severely limited the capacity of NPWS to control both the brumby population in Kosciuszko National Park and most other weed and pest animal species in NSW parks. Whatever mix of methods is used in the future to control the brumby population of KNP, appropriate funding will be needed.