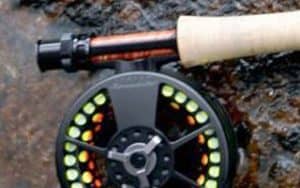 In May 1970 a good friend persuaded me that we should make the trip from Melbourne to Currango for a weekend of fishing. We could not leave until 5 pm. There were 4 of us in a Mazda sedan. We arrived at 3.30 am. Thereupon, Mrs Taylor (as I addressed her for many years), a woman of generous proportions, arose from her bed and prepared tea and toast. The following day, I discovered the Blue Water Holes and a few decent fish. I was hooked.

The next day rain gave way to snow. We narrowly avoided being stranded for days when we all, including Mrs Taylor, pushed the Mazda up the first hill and somehow we were home by 1 am.

In the Spring of that year we visited again, arriving quite early, at 1.30 am. From the Taylor bedroom came a male voice, ‘Would you like tea and toast Ian?” I replied that it would be lovely. ‘Then get it yourself!’ Tom said.

The area around Currango was, in 1970, still transforming from its previous grazing phase. There were fences , already rotting, and gates still to be opened. The rivers and small streams, including Currango Creek, flowed clear through well defined banks, often surprisingly deep. Tiny creeks contained many small fish – my son and many of his friends caught their first trout there.

And at the head of Currango Creek was the deep, green swamp, with ‘secret fishing holes’. Some of us fished through it, with difficulty. Others walked the valley, picknicking and painting.

In the late 1980s quite suddenly, wild pigs appeared, which caused a good deal of uprooting of grasses. One chased two of our Friends of Currango up a tree when they stumbled upon some tiny piglets. This was troubling but the uprooted grasses recovered quickly. We did not notice damage by wild horses until this century; unlike the pig damage, the horse damage does not recover. It just gets worse each year. In the Autumn, when feed and water are in short supply, the feral horses gather in the Currango valley, in huge numbers. No-one today fishes Currango Creek above the causeway, and the swamp with the secret fishing holes is gone.

In all of this my happiest memories of Currango will remain the many hours spent in the kitchen with Tom and Mollie, hearing stories of a kind never before heard. At the early stages Currango’s future was, to say the least, clouded. The buildings could have been bulldozed had Friends of Currango and others not intervened. What we didn’t anticipate was the damaging effect of the horses on the country and streams. Currango Creek: in the 1970s this area was a swamp full of knee-high grasses to the water’s edge